A downloadable dream emulator for Windows

I found this extremely effective.
My own dreams have always taken on a more unsettling or nightmarish angle, especially when I was younger, and I've really wanted to bring my dreams to life for others to experience, because they carry a lot of elements that work well in this type of exploratory game, or a game like Penumbra: Black Plague where you have to avoid being spotted by roving creeps and monsters.

I'm really impressed by the attention to Playstation 1 style graphical limitations and the slow tank controls. For a game that isn't asking the player to interact or run from things, tank controls work really well.

I'd be curious to learn what methods you used to craft this.

Thank you! I'm glad to know someone else has these kinds of unsettling dreams that are not necessarily nightmares, but just very ominous in retrospect. I agree tank controls work so well for walking sims! Adds like an extra layer of depth to the walking, you know?

The game is made in Unity btw, I used Modus Interactive's PSX shaders, but I recommend using the Haunted PS1 Render Pipeline! The skyboxes are just tiling images put on a canvas at the far end of the camera's render frustum that rotates when you turn. The PSX shader also had the option to only render things from a short distance and cut it off per polygon which gives it that nice crusty low render distance feel. :)

I love that someone has invented render pipelines just for demakes and such. It really is a special experience to play something that feels old.

The music in this is so good, especially that hold music! The game itself is very cool and sometimes pretty creepy, especially when the headlights are coming towards you with very strange music playing. My only issue is that I wish I could listen to some of the music for longer! Any chance of you uploading or sharing the OST in the future please?

I really love the visuals and music in this game! The beach level is my favourite. If it is possible, could you share the music file of the level with us please? Thanks!

why microsoft defender and virustotal puts: this file has a virus?

I have the same problem:/

hey guys! the problem is that the developer isn't a verified microsoft developer! if you're getting a smart screen popup, hit "more info" and "run anyway"!

THANK YOU AUDRIE!! she's right by the way, it's just microsoft being a meanie :(

Beautiful and haunting. My favourite dream is the one with the phone box. There's something very eerie about it. The whole collection is amazing.

I love the way you did the "skyboxes"!

Those skyboxes are soo cool! Really remind me of the ones in Mario 64.

oh for sure! nothing will ever beat the Wet Dry World skybox... 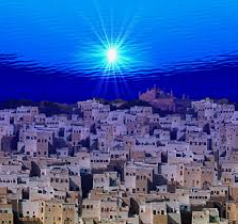 How did you manage to pull them off? Is it like a still image or something?

(You don't have to say, I'm just curious)

it's an image rendered behind everything that wraps horizontally, if you look around it scrolls horizontally :) it's really very simple and it adds so much for a little bit of work. all the images are based on images, except in the last area which is actually made from a screenshot of the area!!

That is bloody genius!

Best of luck in all your future projects!

oh this is just so beautiful! i love how you've built the environments. so simple and effective. i think the fidelity of PS2 graphics really lends itself to lucid dreamlike experiences

Short but enjoyable, Dream Disc is one of those games that captured my attention because I’ve always been curious about dreams, especially because everyone’s are so radically different from one another. I think it’s a great idea, as it allows us to visualize the dreams of others.

What software did you use to make this? I really want to try and visualize my dreams also! thanks for the game, I enjoyed it

I used Unity for this! Along with some modified PSX shaders by Modus Interactive based on the dsoft20's ones: https://github.com/dsoft20/psx_retroshader

thanks man i appreciate it <3

The game is good and all, but I can't seem to look around when I move my mouse! Do you have any answers to this? Is this a bug?

Update: I found that you can look around using the arrow keys, now I'm just questioning why.

haha, it's more true to the feel of a ps1 game, that didn't have a joystick. I also feel like it's slightly more claustrophobic feeling not being able to look around that easily

@papercookies You have long very cohesive dreams that you remember in great detail, too? No one in my family gets them except me.

Sufficiently creepy and unsettling. Loved it. By the way, ESC didn't work to exit the game. I had to Alt+F4 which might not be intuitive to a lot of players. Was this intentional?

ive noticed that with alot of unity games, and just 3d games on itch in general. worst case scenario, you can press alt+shift+esc to open up the task manager and that will always boot you out of the window you are in. if you want to just minimize a tab without shutting it off, you can press alt+esc

sorry! I was rushing to make the deadline and forgot to add an escape button, will update

Cool game. I really liked the train . how did you make the train , where did you get textures

hey! it's from a picture of a japanese train :)

That tsunami dream... I dreamed that too!

that's interesting! heard the same from others. I wonder what having a tsunami dream means?

I love the retro style you went for really brings me back to when I played games on my old laptop: which inspired me to make my own
https://slicedgames.itch.io/gluttony

I would love it if you tried it out and gave feedback as I am just getting the hang of game development.
Love the work, Keep it up owo

The game's nice and interesting and it had alot of weird in it as well. Not bad.

Here's my channel for other games I have played. http://www.youtube.com/c/Levont

Really nice aesthetics in this game, I felt it really captured the style of the PSX, very nice environments too! I hope you add more dreams! :D

Hello, I played this game and I really liked it, an interesting concept, good work :)

REMINDS ME A LOT OF LSD EMULATOR

you found the secret area!! thanks for playing!

Short but sweet! Really enjoyed the visuals, the music (especially the 4th dream), and the flow of each sequence. Gave me lots of weird, liminal feelings throughout. Was probably the closest to emulating the actual LSD game! Nice work~

thank you so much!! means a lot coming from you <3

The dreamy atmosphere is good, as if it would be better if there was a mission

For some reason, when I downloaded it, my computer said it was a dangerous file.

windows never trusts unsigned exe's, it's really dumb. the game is safe though. just ignore it

Okay, thanks for letting me know.

short but enjoyable and nicely done, thank you!

thank you :) I actually have recurring nightmares about tsunami's, it's really weird