A downloadable party for Windows 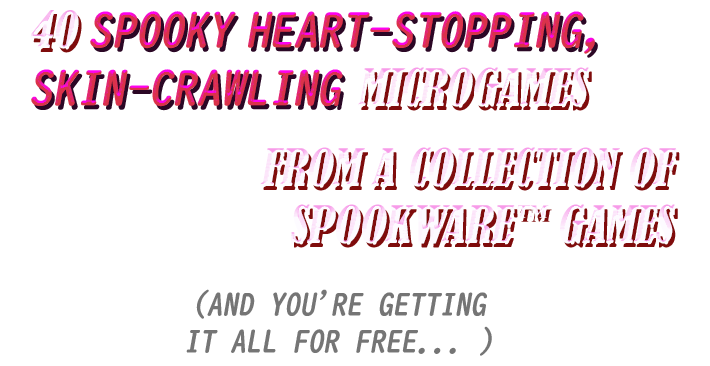 That was absolutely, amazing!

I'd like to say, I haven't dive deep into the Wario Ware series so, I'm definitely not part of the target audience for this type of game but even with that in mind, the game was really engaging.

Something that flawless in this work was without a doubt you're presentation. The art style, the music, the animation, everything was working in tandem to give you an outstanding presentation! Making a mini game collection is a thing but for games with simple gameplay, the presentation is REALLY what makes a difference!

Added to that, I like the fact that the game is more than just a collection of mini games, there is even a story behind it that you can go through! It's great to have a context as to "why are we playing these?", it makes the story more engaging.

Feedback (to go even further beyond!!!):

To be honest, this game was already well done so I don't have much to say here. Maybe, if I could suggest something, I'll just say maybe a little more balancing. When I played some mini games, sometimes I lost because I only understood what the problem was after having already lost and other times, I figure out the solution, but I don't have enough time to apply it. When this happens, the next playthrough, I just destroy the same mini game but not because I'm a good player, just because I memorized the solution, so it doesn't make me feel proud. Again, for this issue, I'm not really used to this genre so maybe that's the root cause? (I'm just weak then, lol)

Other than that, I don't have examples for this but sometimes the instructions at the beginning of a mini game are a bit unclear to me. In Wario Ware, simple verbs are used so you understand what you need to do really fast, but here sometimes, I actually wonder what I was just asked after having read the instructions. I'm not a native english speaker so this might be the issue but, I just wanted to share this perspective for you to see what it feels like for people like me. Or if the language is the issue, maybe you could add more languages!

Well, to end this comment, that was an outstanding work. Such polish.... it's too good for my eyes. A very good game! I'll leave 5 stars on this little gem. Congrats guys! 🏆

Wow, this game collection is quite a gem!

Btw, where I can find music that plays on game over screen?

Does this have any content that isn't present in the paid release?

yes! it includes SPOOKWARE @ The Videostore, which is a separate game that released a year earlier, as well as the original jam version of SPOOKWARE.

yes, none of the microgames in the jam version or spookware @ the videostore appear in the paid game

This is so much fun!

papercookies will you be my significant other

papercookies you are the best

papercookies best dev of all time

no we do not want sex we want spooks

And so we end this game

This game just keeps being fun

it looks good! btw i released my game too you can check it out it's 1 euro.

hi. big thx for the great game. greetings from rosti 😁

Awesome compilation of some really fun games. Great variety of mini-games to keep you invested. Keep up the good work!